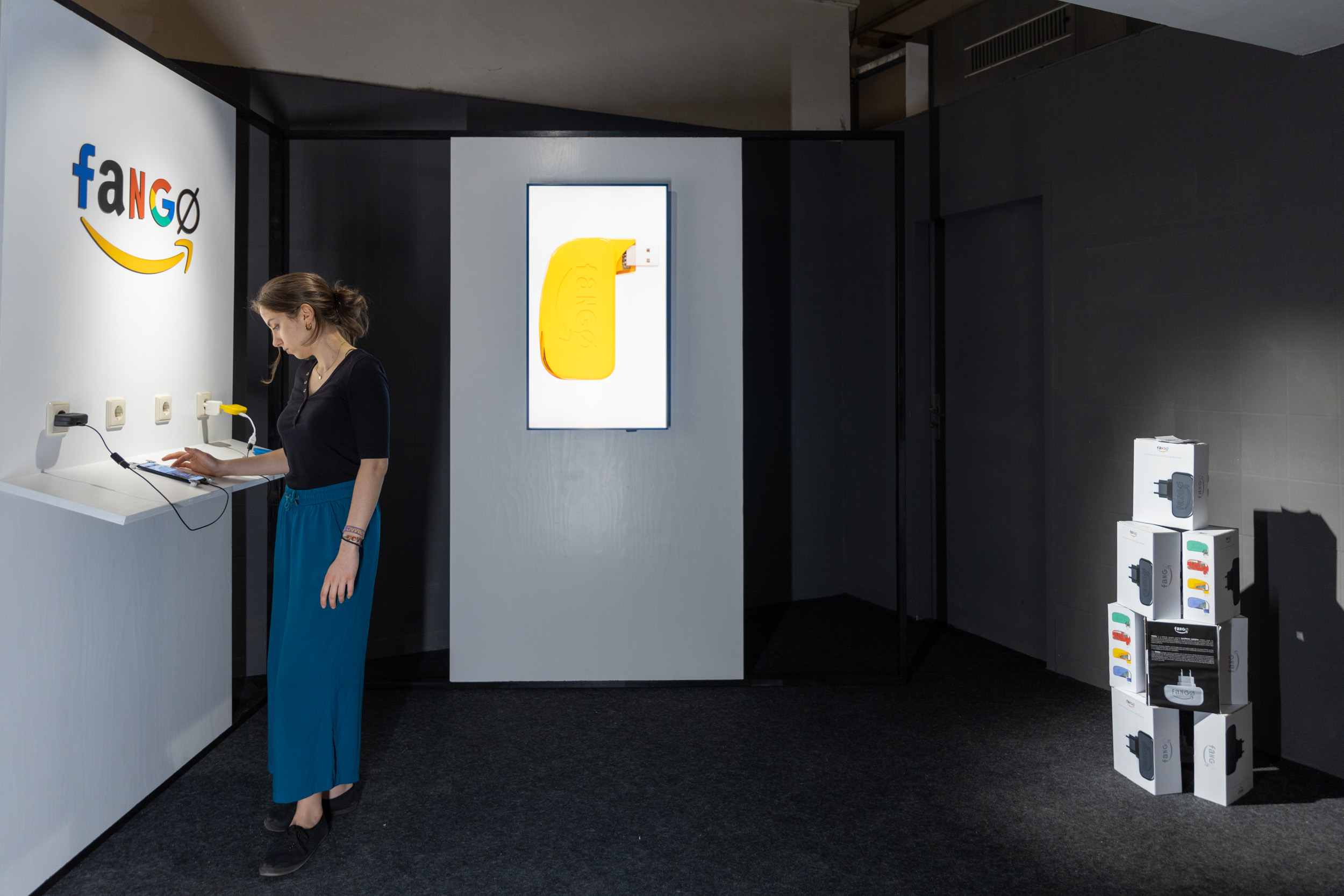 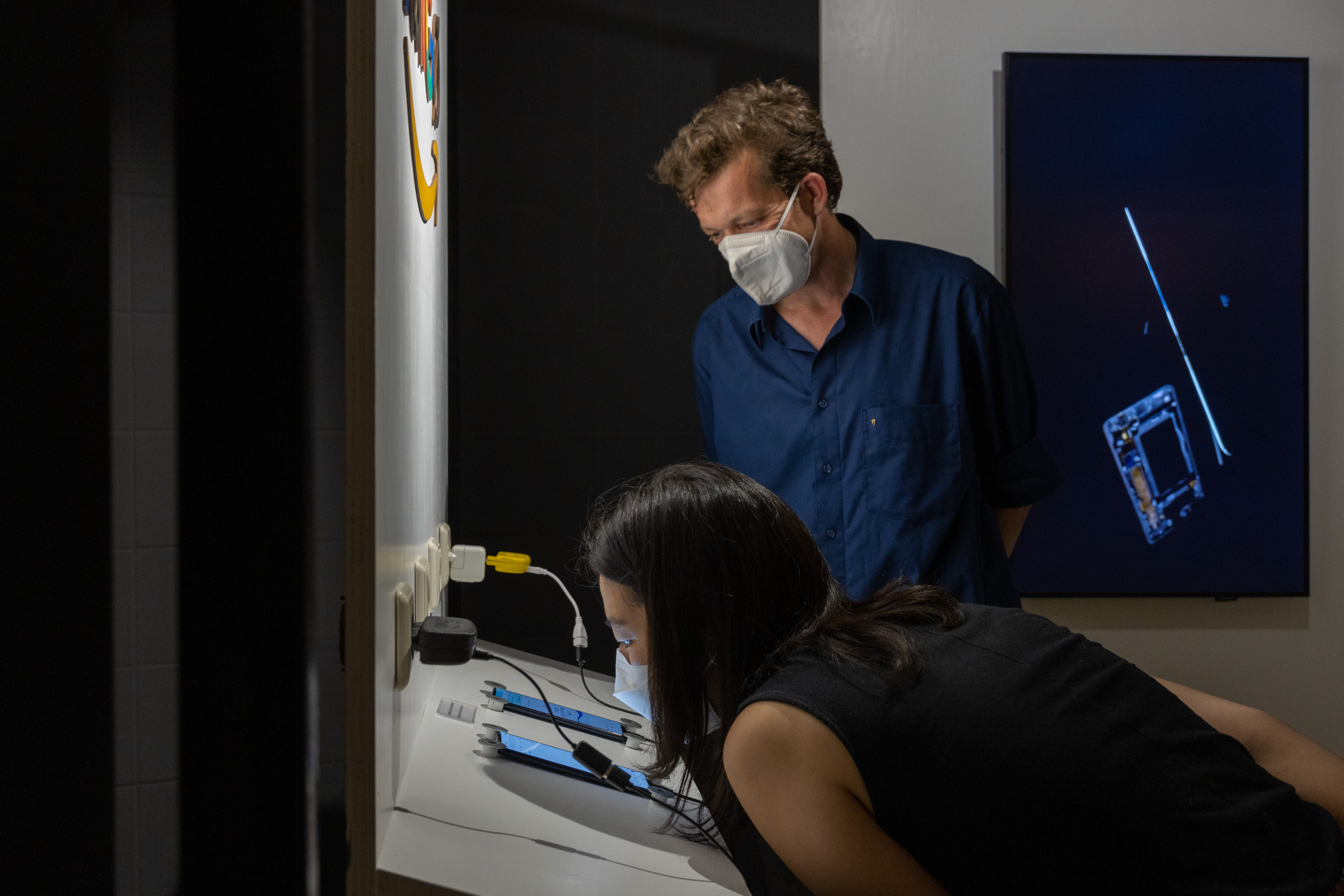 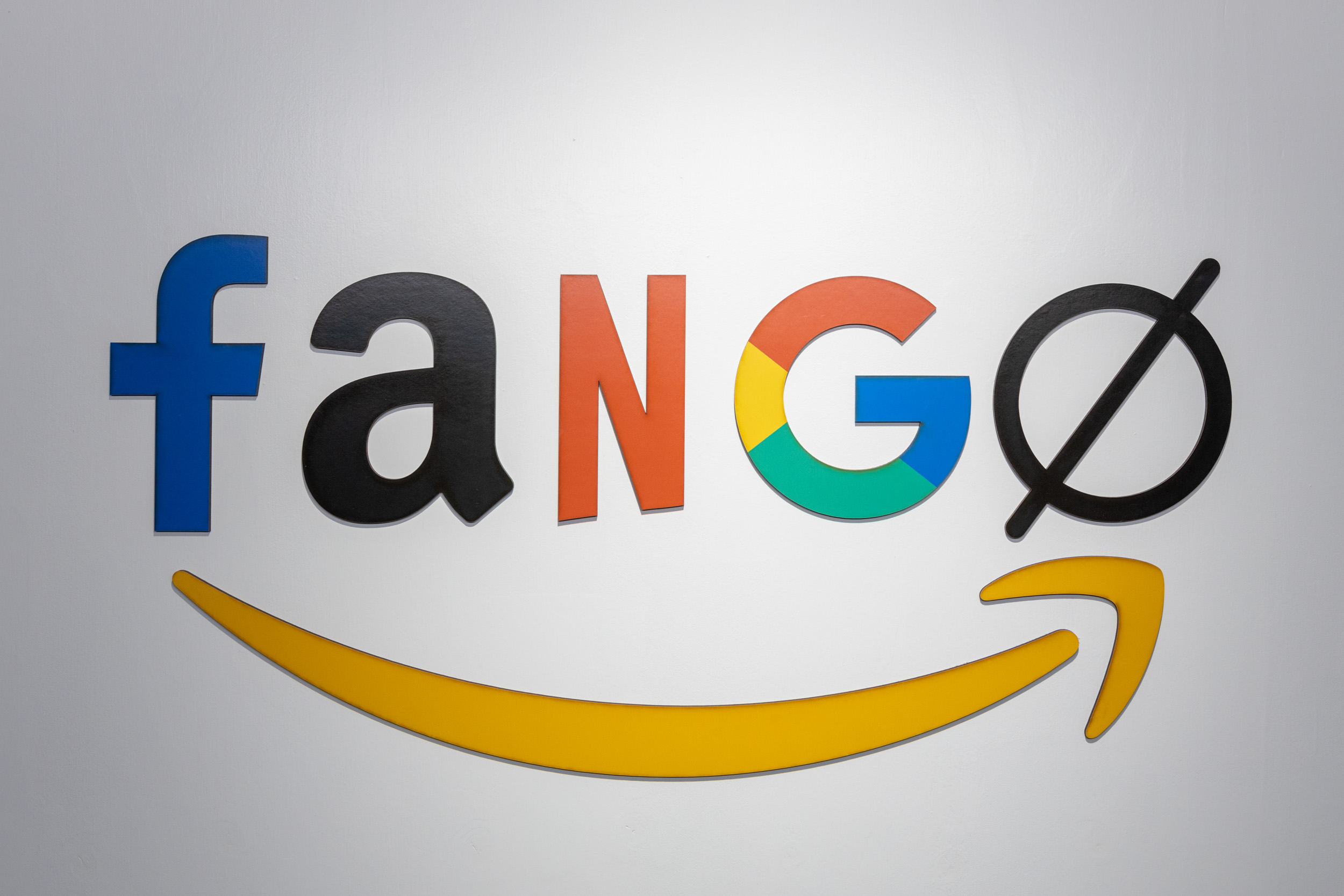 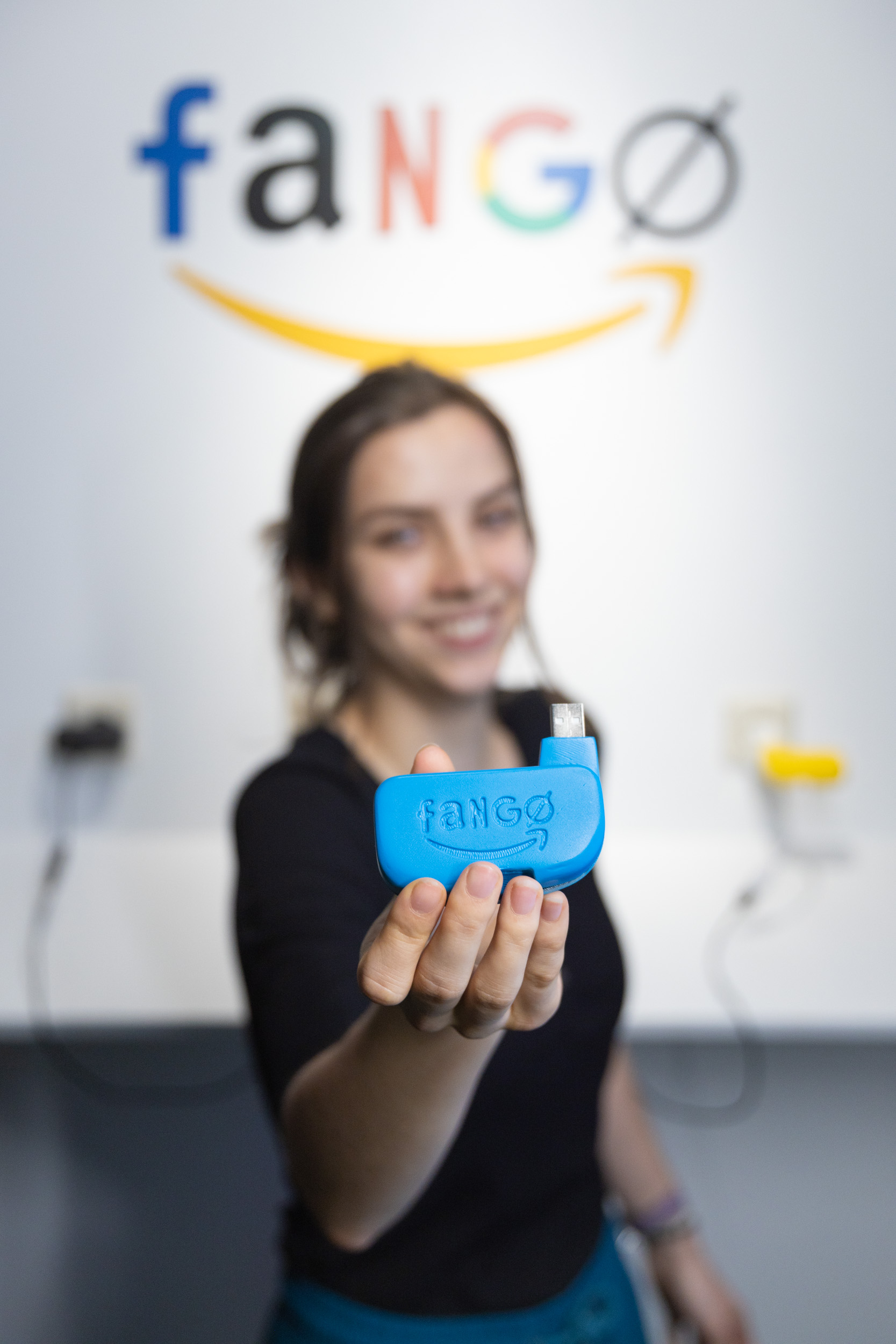 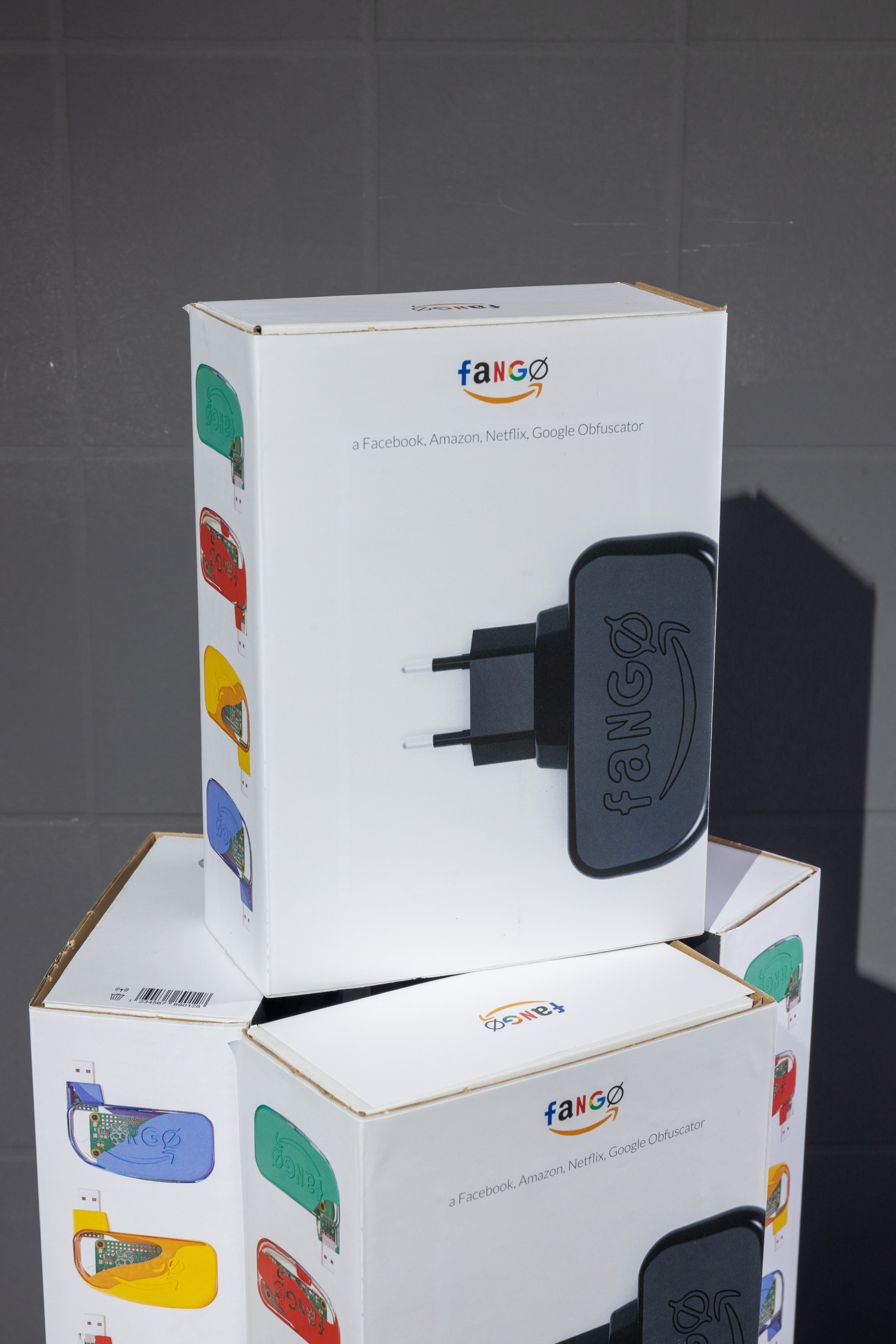 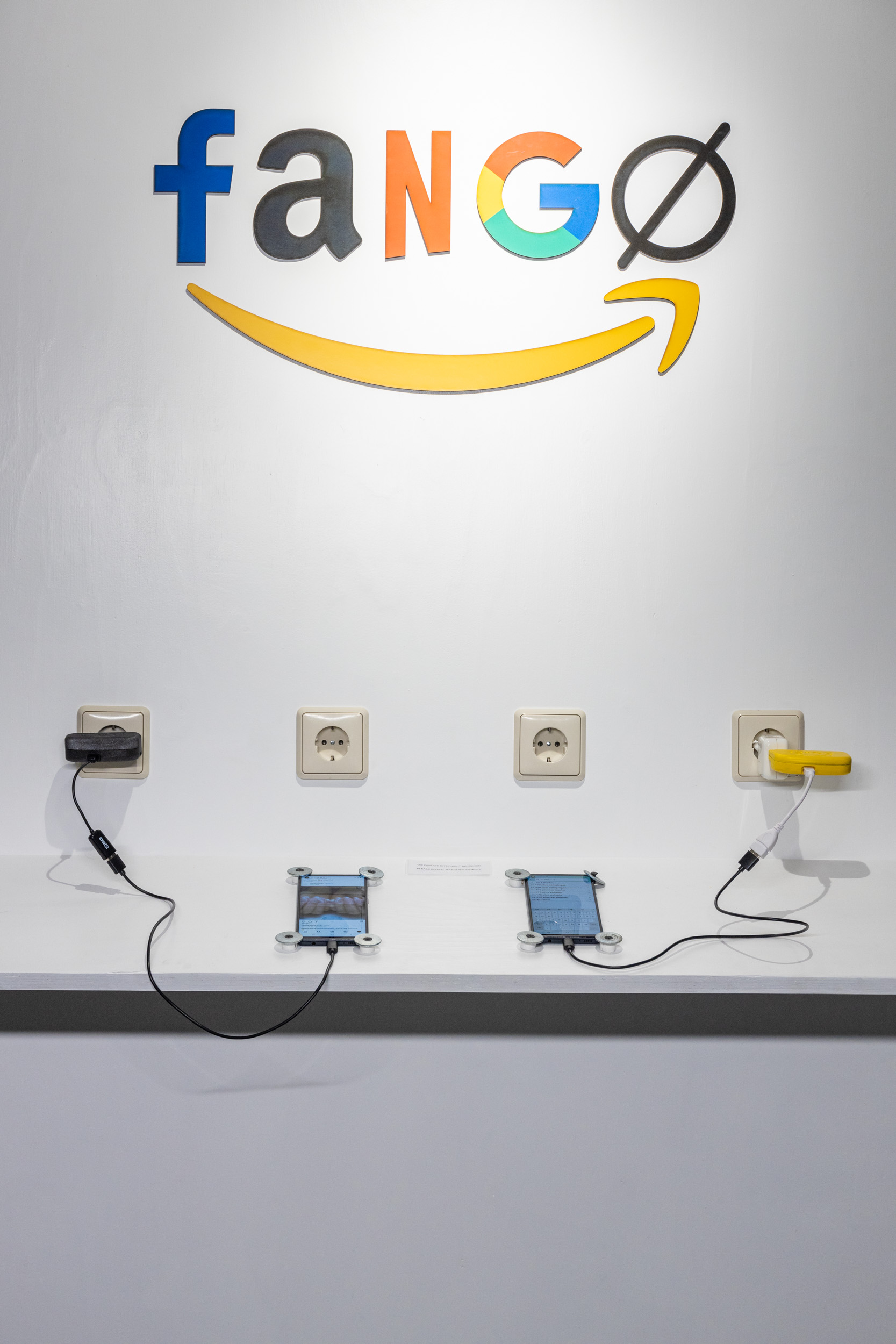 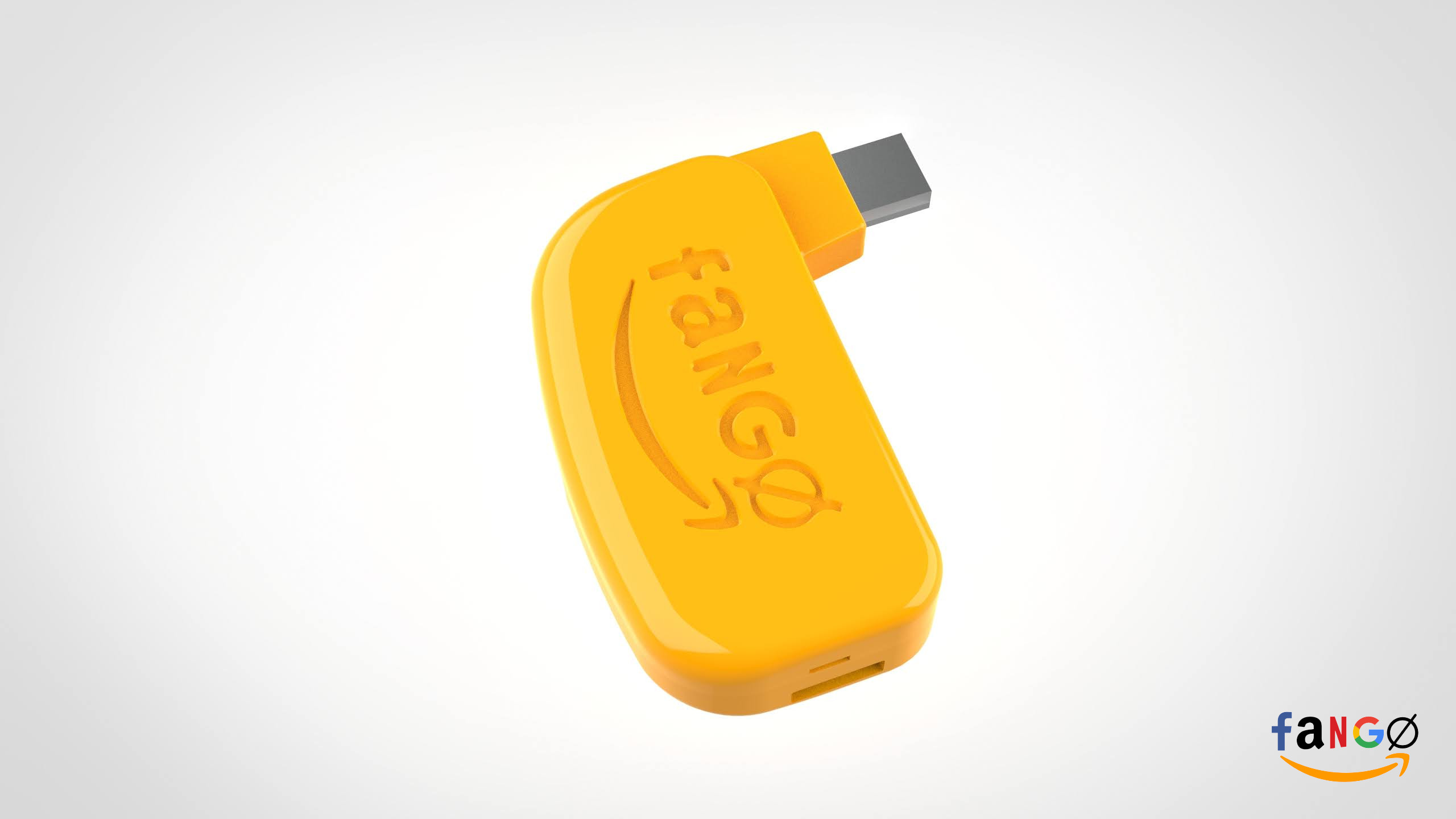 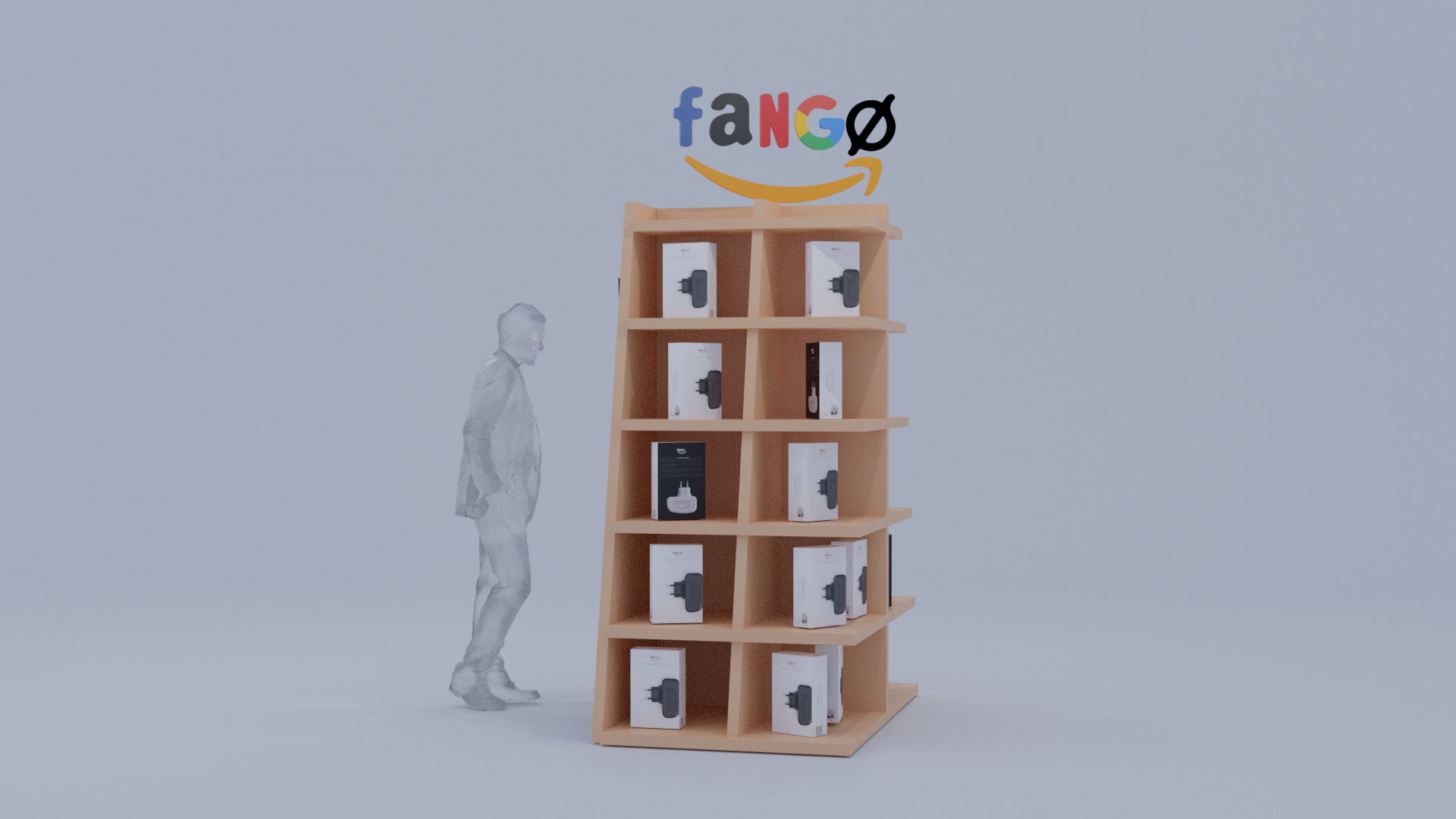 This work is a defense weapon against surveillance capitalism created by the artist Martin Nadal. Disguised as a mobile phone charger, it operates as a microcontroller that takes control of the smartphone into which it is plugged: Making queries to search engines, uploading videos, and liking random photos on popular social platforms. It aims to deceive data brokers and disrupt the data capturing process.

The aim of the work is to disrupt the processes and mechanics of surveillance capitalism by adding noise to the captured data. This renders any prediction based on false extracted data useless and therefore also without value. The work can be exhibited as a mixed media installation that consists of a single screen monitor, a shelf, a print of the logo FANG∅, and fake cardboards to make it look like a sales booth. Furthermore, it is an open DIY project whose code and 3D model are freely distributed and can be replicated by anyone interested.