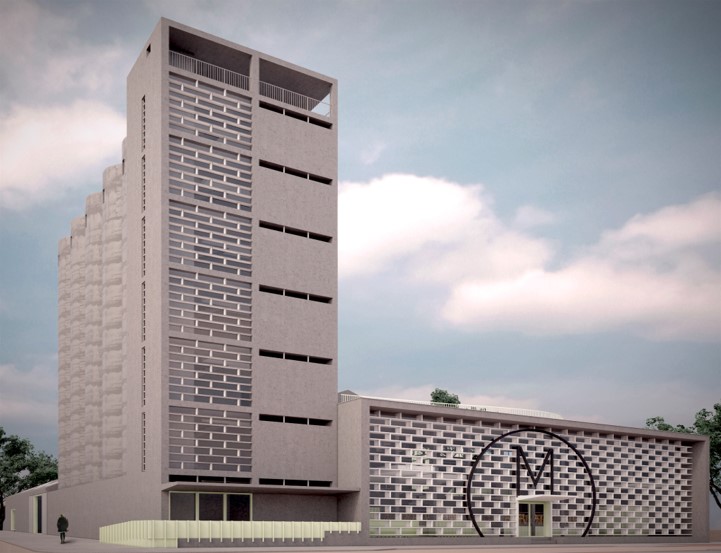 Based on an initiative proposed by the Instituto Lusíada de Cultura -ILC, a non-profit entity founded in 1982 and declared to be of public utility in 1991, a Museum dedicated to digital arts is now being created in the rehabilitated facilities of the Agricultural Cooperative of Santa Catarina da Fonte do Bispo - Tavira.
Once established, and throughout the 80s, ILC ran cultural initiatives, the most notable of which included exhibitions and conferences dedicated to significant contributors to Portuguese culture, such as Fernando Pessoa and Almada Negreiros.
In the 90s, Instituto Lusíada de Cultura continued to perform studies on notable people and movements linked to Portuguese cultural values. Since 1996, it has also held a forum geared explicitly towards reflecting on relevant Portuguese themes; "Encounters of Independence".
In recent years, Instituto Lusíada da Cultura has held several debates on the theme of Contemporary Arts and Aesthetics, with a focus on the creation of the artistic process in itself, as well as the role it plays in society.
In 2013, ILC planned and held exhibition "Butterfly Moment" by Elizabeth Almeida, which took place in Tavira and the Cascais Cultural Centre.
As per the institution's Annual Plan for 2013, ILC decided to sponsor a centre for artistic creation and contemporary art exhibitions, an unprecedented initiative in Portugal, set to bring international renown thanks to its particular focus on digital art.
The great challenge faced in this project is rooted in the location selected for the centre - abandoned industrial installations within an area that is still mainly agricultural, but where extraordinary aspects and values of the Algarve's ethnography, culture and heritage remain alive. Beginning with equity being mobilised and EU support being granted, from the very start of the project, countless European and Portuguese entities and individuals have made their contributions, in collecting proposals and challenges to helping us design the rehabilitation and adaptation of old grain stores into new, clearly versatile spaces dedicated to the creation, exhibition and enjoyment of digital art.
We made a careful investment into creating an infrastructure and installing equipment, using the most advanced technologies available nowadays to support the artistic creation and production of digital art.
We will build our collection from the works produced here while seizing any other opportunities that may become available, whether within Portugal or abroad, to bring renowned artists and works to the Algarve and Portugal.