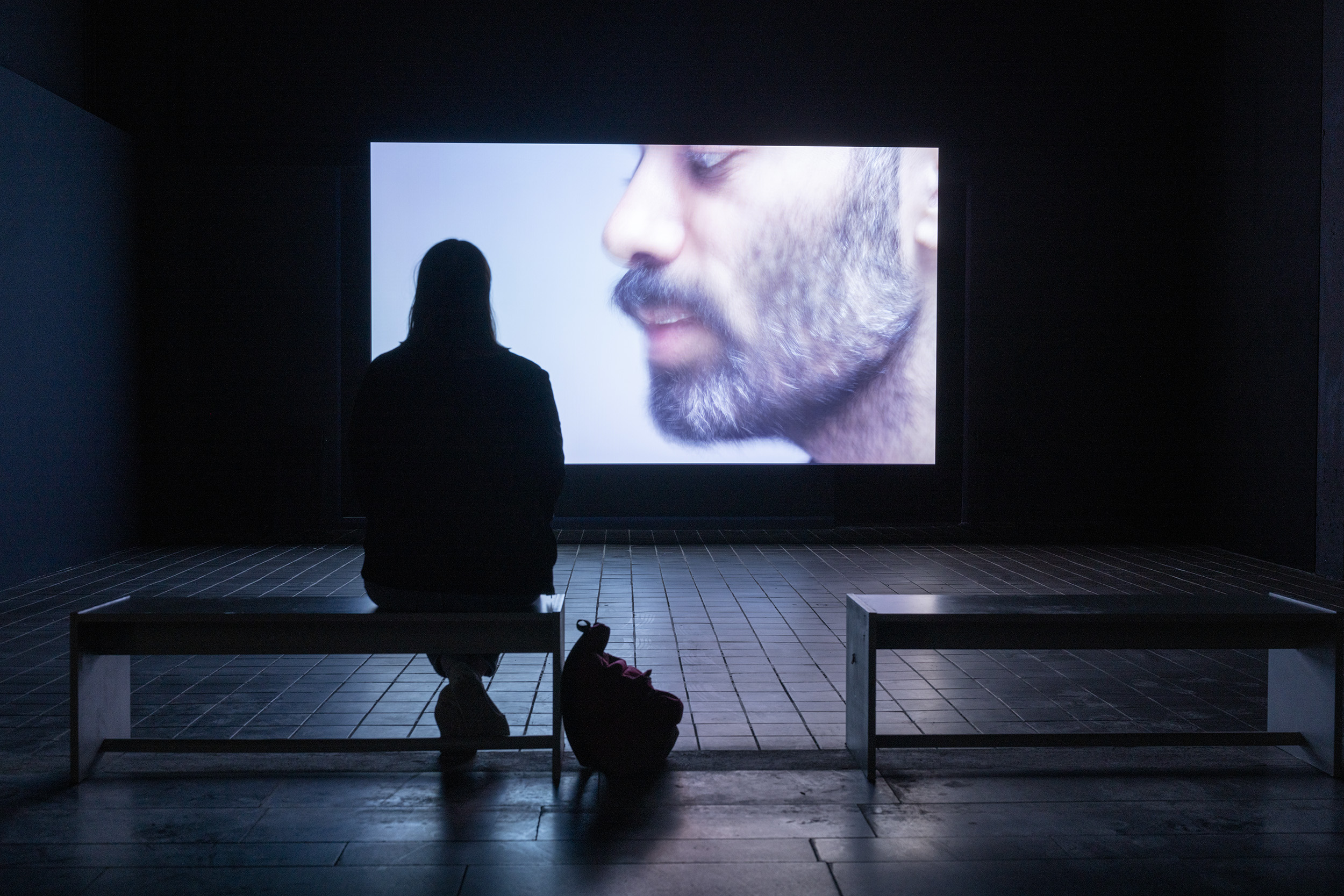 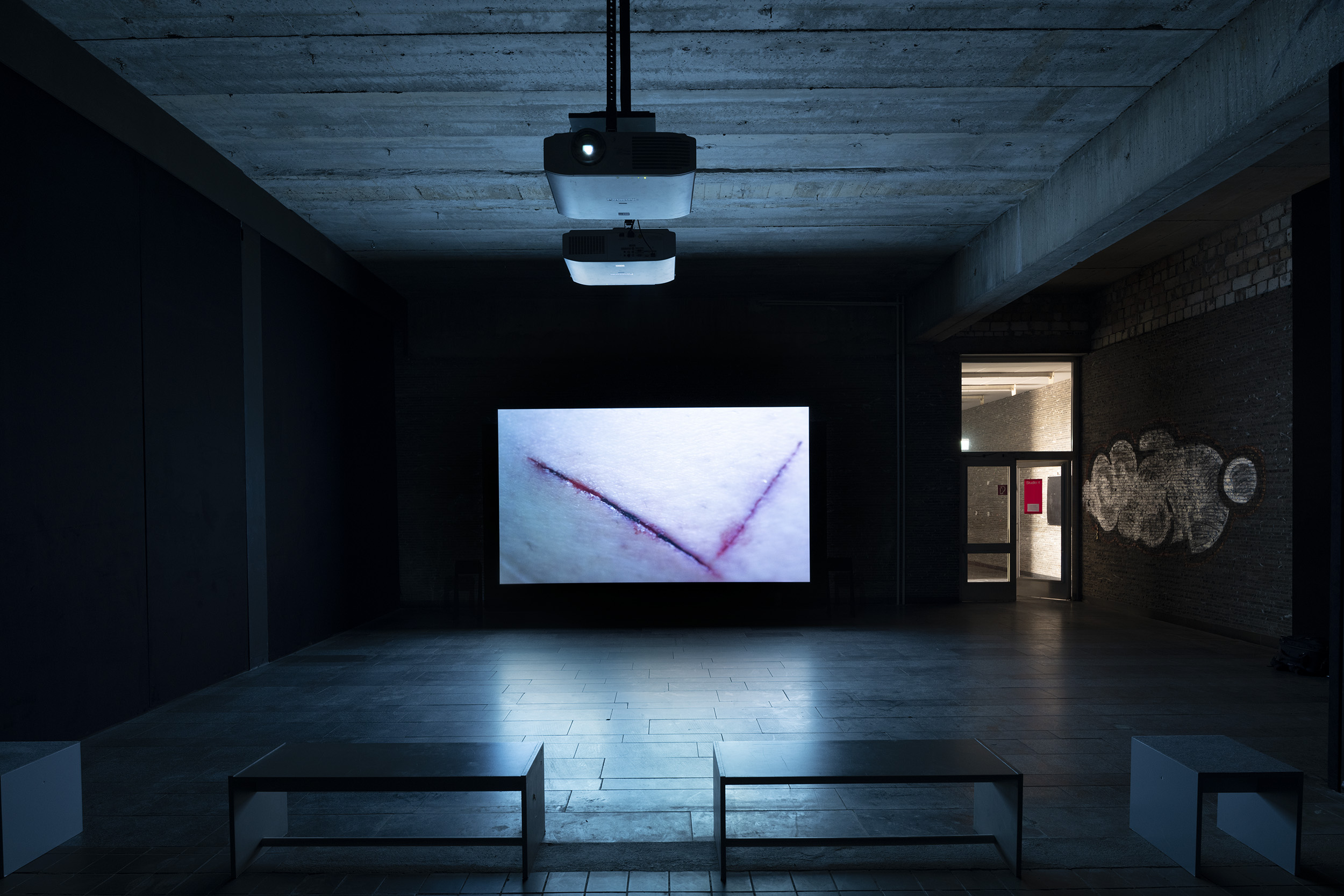 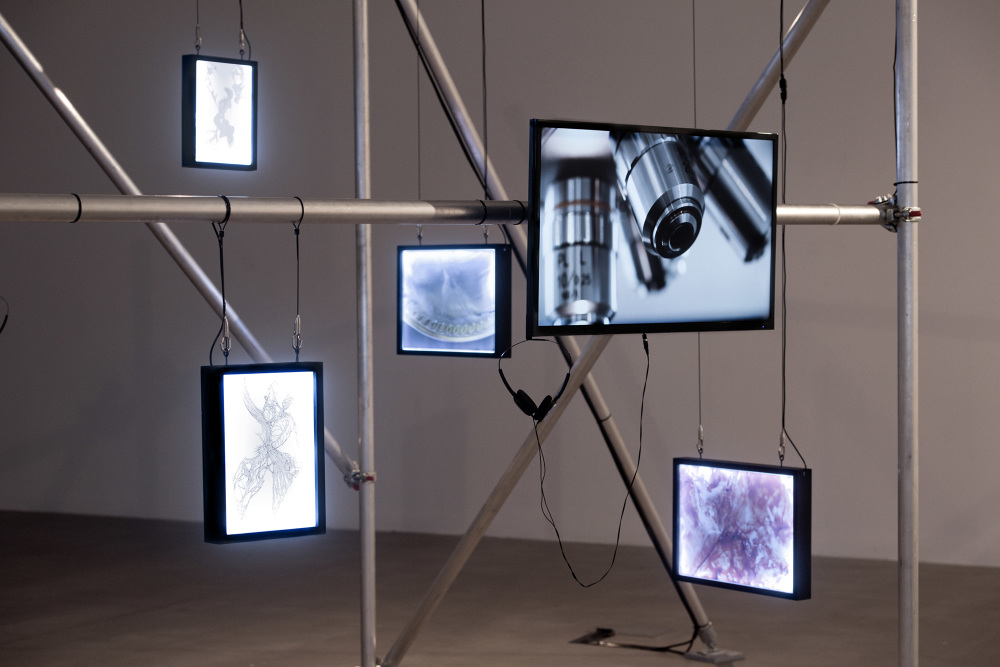 Two new films were made as part of a residency at Antre Peaux; one was made remotely in London, UK in February and the other in Bourges, France in April. They address experiences of mental illness, and navigating healthcare services and treatments in both the UK and France. The films explore experiences of alienation and social marginalisation due to race, culture and gender, and develop discussions around trans-cultural mental health services and linguistic and cultural translation. One of the films was made in Ursulab, a new biohacking lab that has opened at Antre Peaux, which is used to explore Western scientific constructs and narratives around migration, race and the categorisation of social groups.

Content Warning: The installation video contains images of an incision, bleeding wounds and blood samples being used in a lab setting.